Annual permit for red,blue and green zones (valid for 365 days from the date of acquisition) – 500 €

Quarterly permit for red,blue and green zones (valid for 90 days from the date of purchase) – 150 €

Monthly permit for red,blue and green zones (valid for 30 days from the date of purchase) – 80 €

* With this permit only specific areas can be used.

People can download the application form, fill it out, sign it (if you want the agency to take all the necessary information for your issuance, sign it in the red square) and send an e-mail. Call us at tel .: +370-620-84060 Mail: info@parkavimaskaune.lt

The form of special issuance for residents

The procedure for the issuance of special permits for residents is set out in paragraph 42 of the “Local Taxes for the use of vehicles in the designation of Kaunas”.

Permit for parking near the Kaunas Railway Station, by the house M.K. Čiurlionio g. 14 for people who have purchased fixed monthly train tickets – 13 Eur.

Application form for issuing permission to stand at the railway station

A special permit is voided if the conditions giving entitlement to this permit disappear, or a person has violated these regulations two or more times a calendar year. 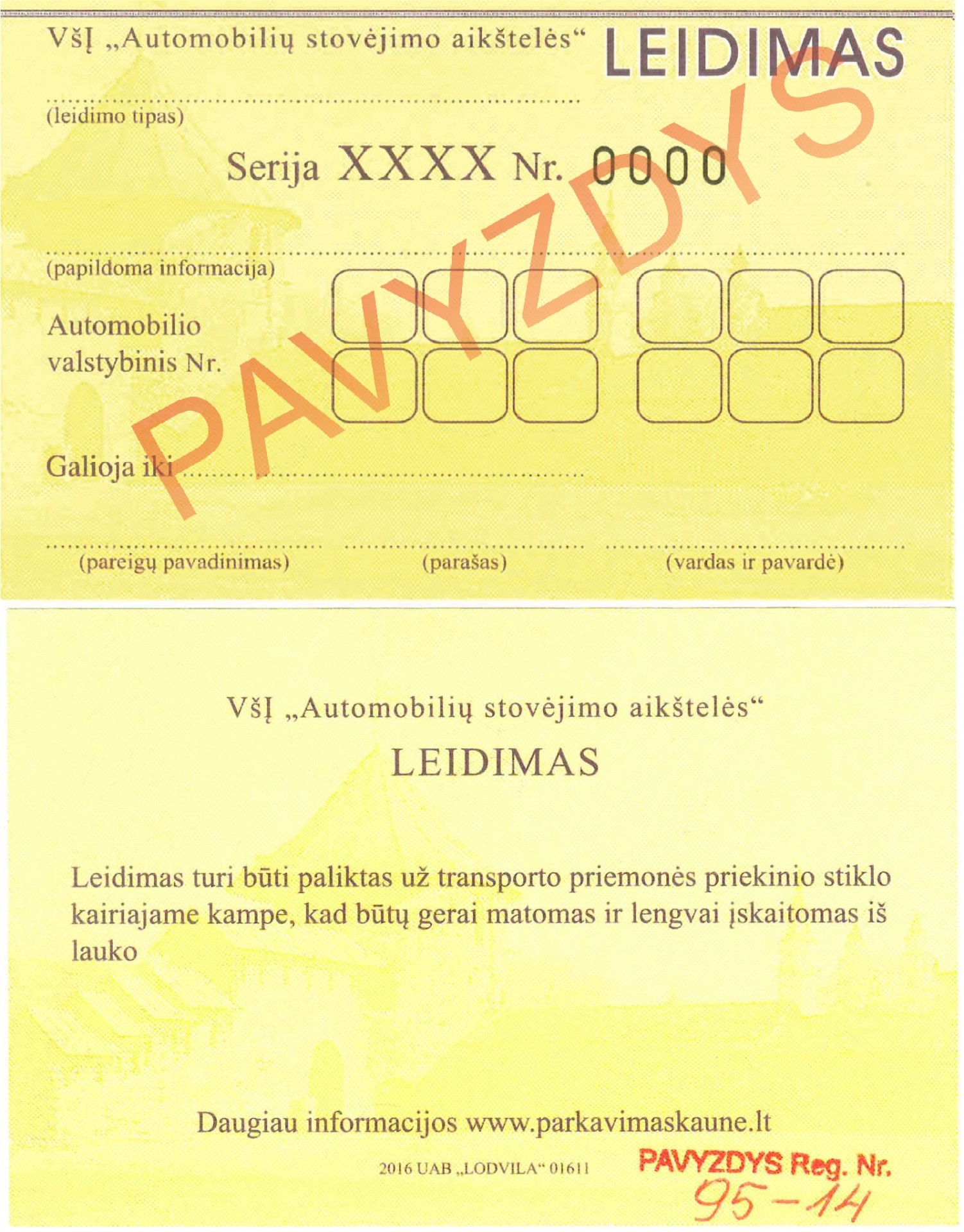 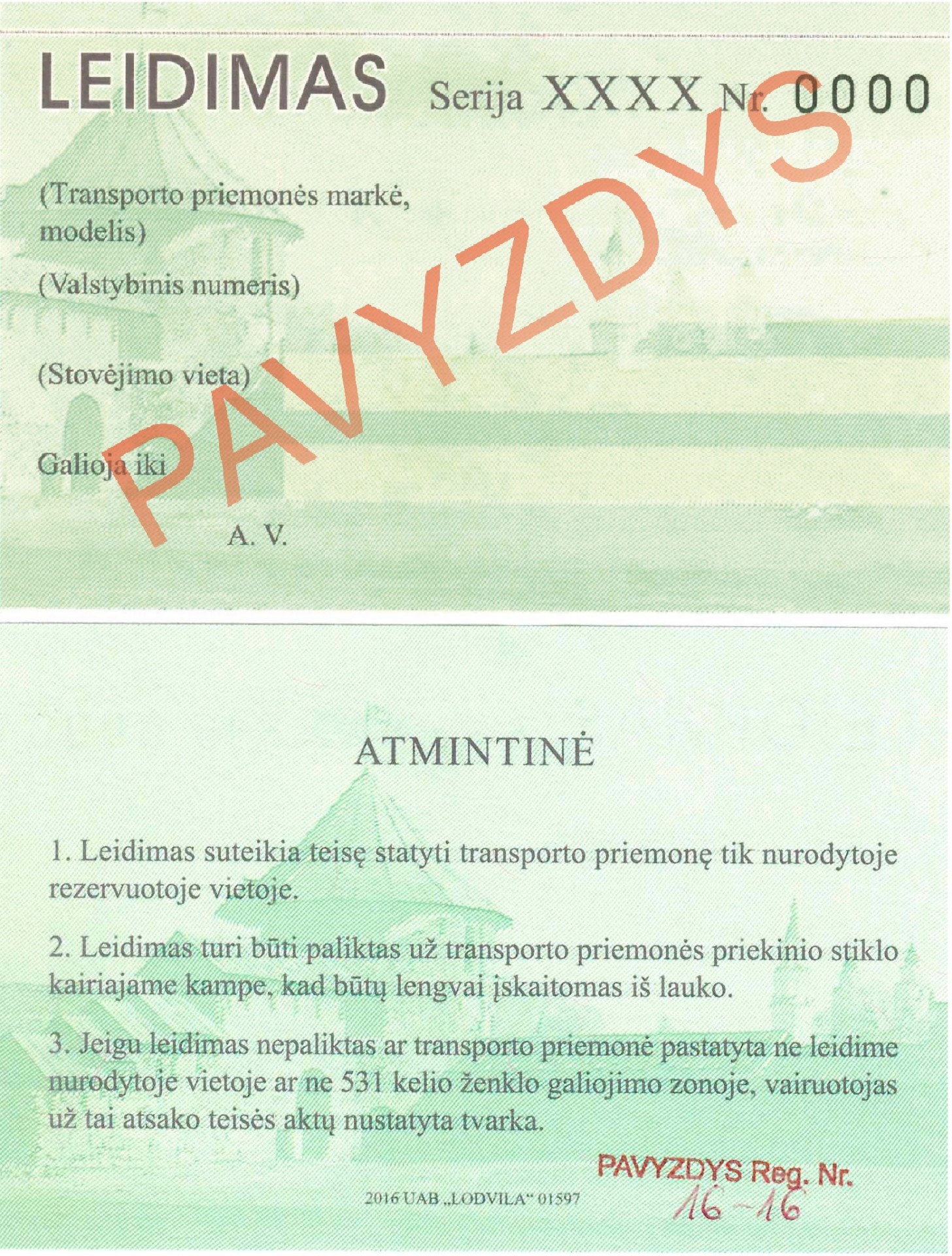 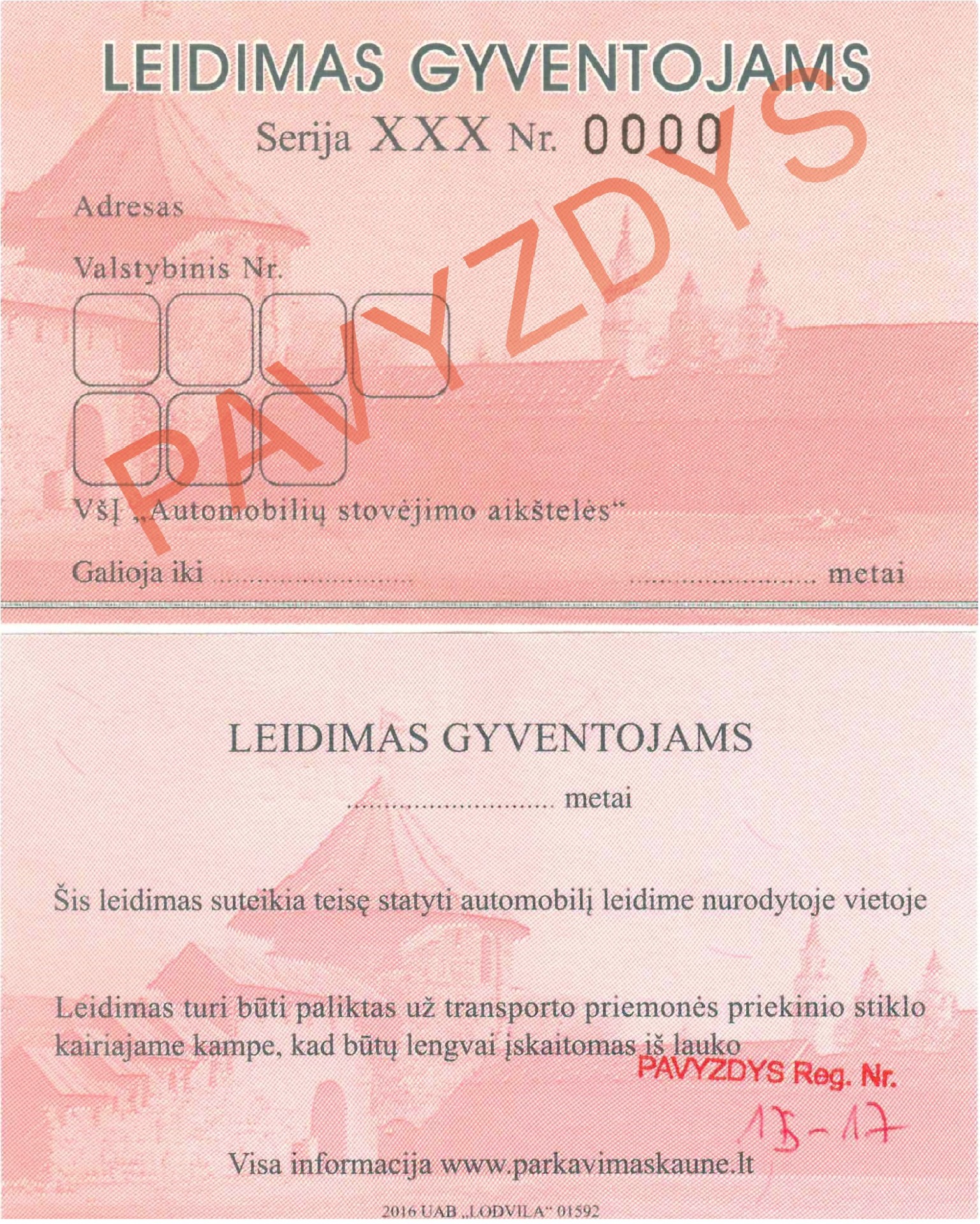